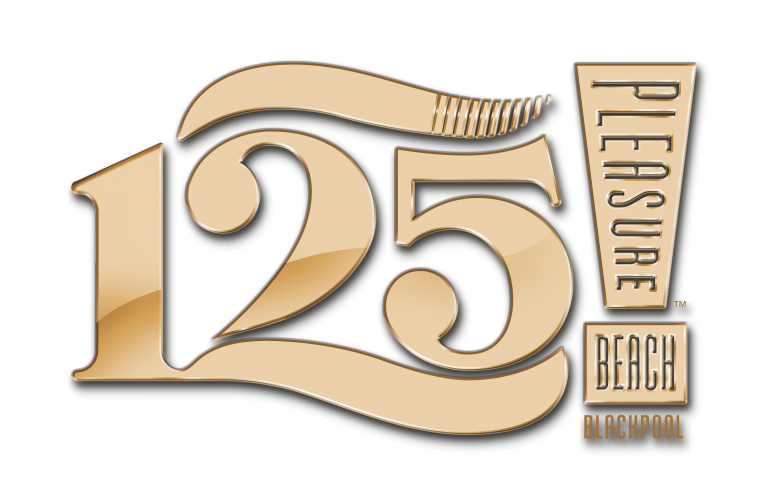 As Blackpool Pleasure Beach celebrates 125 years, join us and experience a day at the UK’s favourite amusement park. 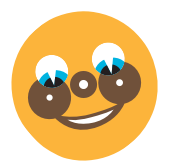 When William George Bean purchased a 42-acre plot of land in Blackpool in1896, he had a vision. He wanted to build an American-style theme park, a place “to make adults feel like children again and to inspire gaiety of a primarily innocent character.” Alderman Bean could never have envisaged that millions of people, both young and What A Rollercoaster! The journey from the opening of Blackpool Pleasure Beach in 1896 to the present day, has been an incredible ride… 1907 1916 1923 1933 old, would experience unbridled happiness from this fantastical idea. Even less, that in 2021 his creation would celebrate its 125th birthday and still be bringing excitement into the lives of every person stepping through the gates to the magical wonderland that is Blackpool Pleasure Beach… 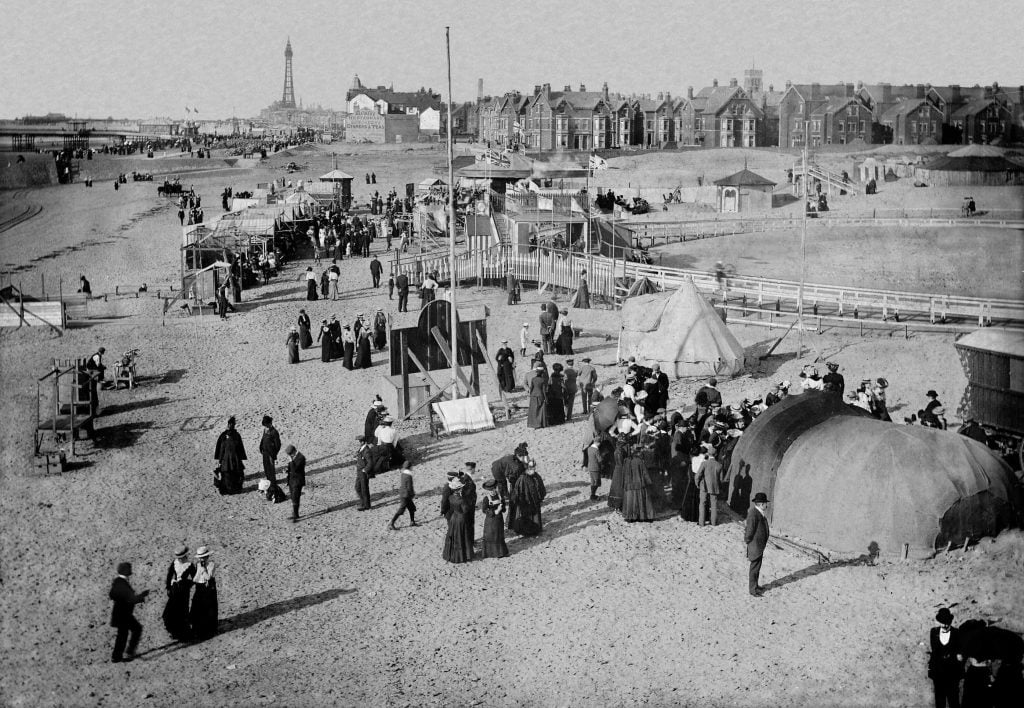 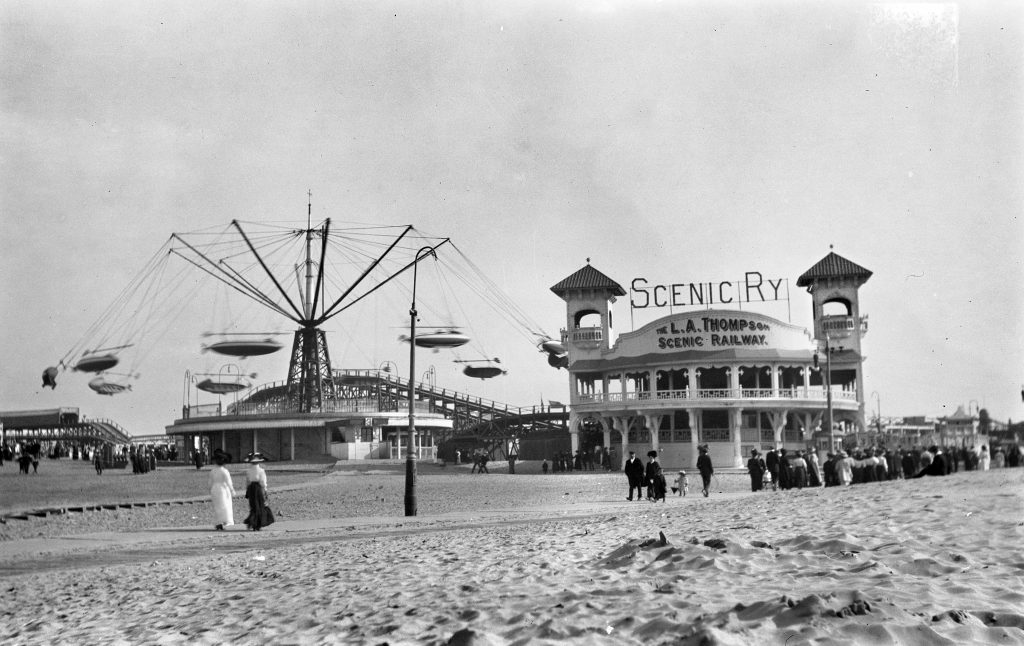 We have lift off! August 1904 saw the launch of the ever-popular Sir Hiram Maxim Captive Flying Machine – the
oldest continuous working amusement park ride not only in Blackpool Pleasure Beach but in Europe too.

Following the First World War, investment in the park stopped due to the difficulty in exporting rides from the United States. Despite this, profits soared and the company was one of the most prolific employers in the North West of England. 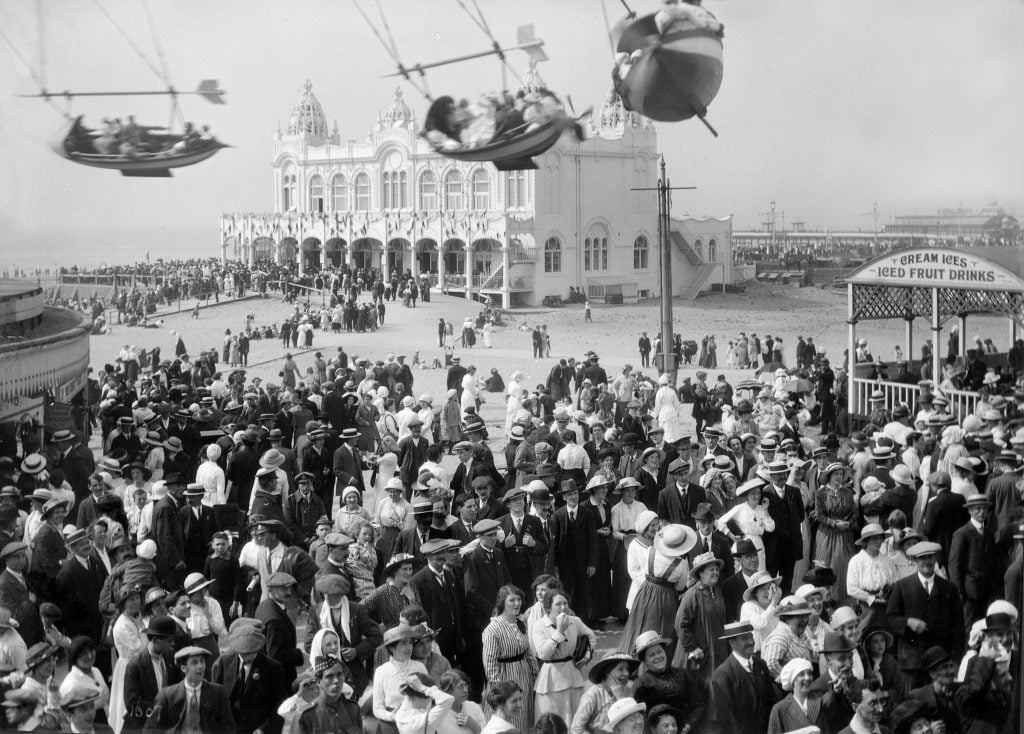 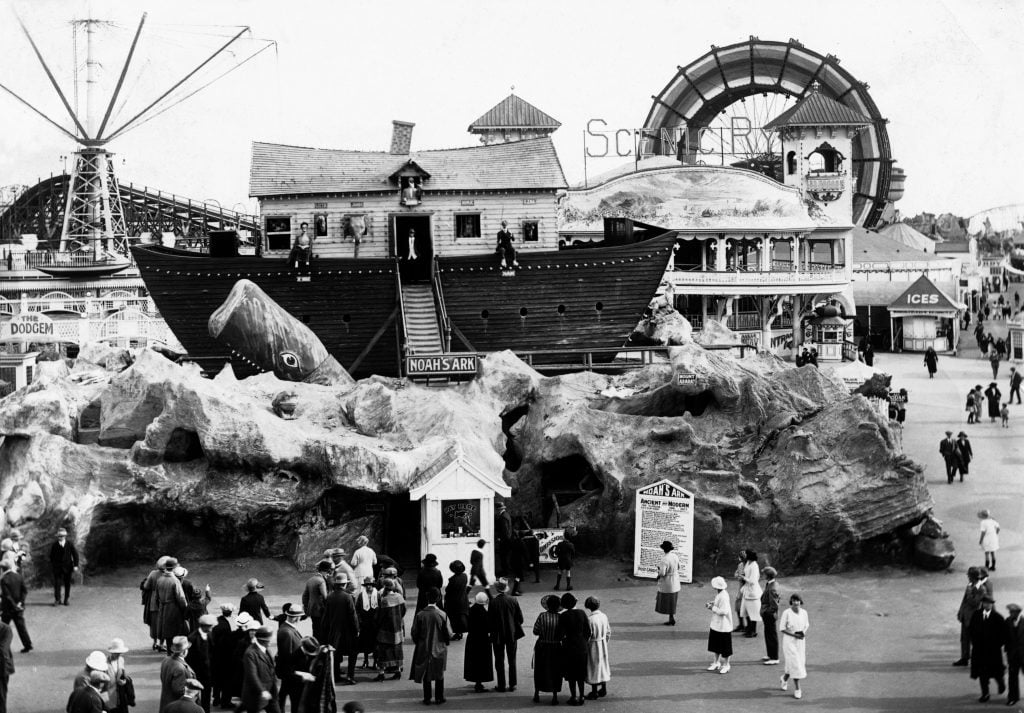 The 1920s saw a period of great development with the opening of Noah’s Ark and The Virginia Reel. This was followed on 23 August 1923 by the classic Big Dipper wooden rollercoaster offering holidaymakers a fast and modern ride like no other on the park. It is still in operation today.

In the 1930s, Leonard Thompson succeeded his father-in-law to become Managing Director of Blackpool Pleasure Beach and took over the running of the park. This decade saw the introduction of many new rides including The Rollercoaster, The Pleasure Beach Express and the worldfamous, twin-tracked coaster, The Grand National.

The Second World War put a temporary halt to progress at Blackpool Pleasure Beach. However, during these challenging times the park remained open enabling thousands of evacuees, service personnel and the British public to escape the reality of war.

In the 50’s, the park started a return to prominence with the opening of the highly regarded Wild Mouse wooden rollercoaster in 1958 followed by The Derby Racer in 1959. This carousel has 56 horses, each one hand-carved at Blackpool Pleasure Beach. 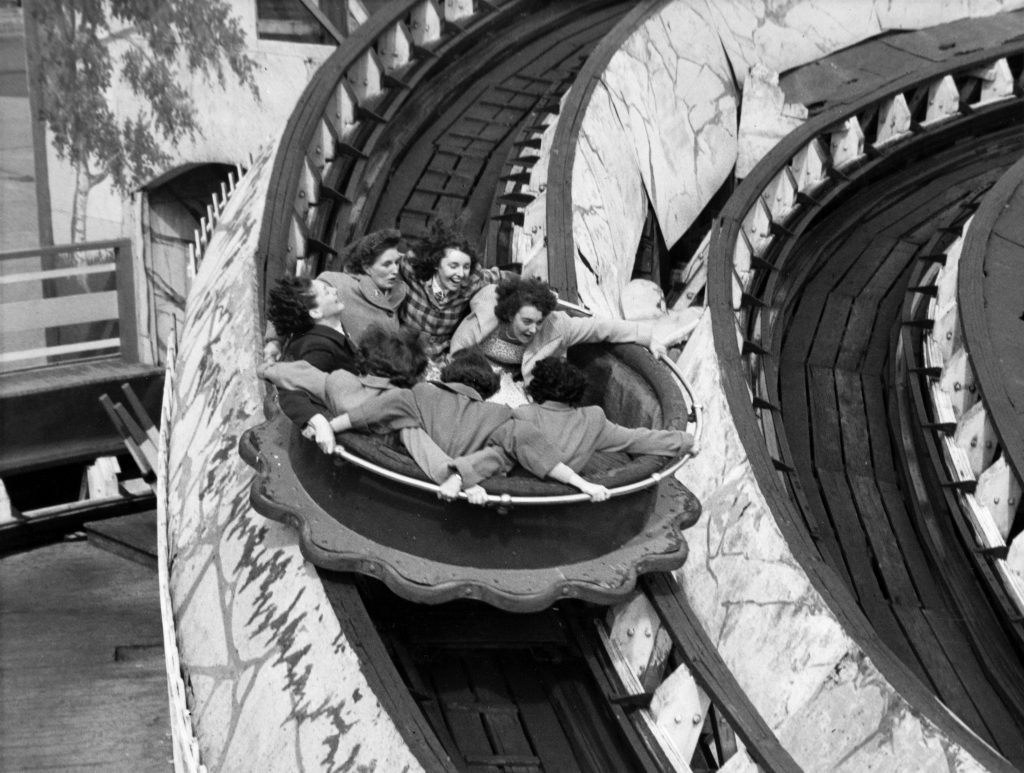 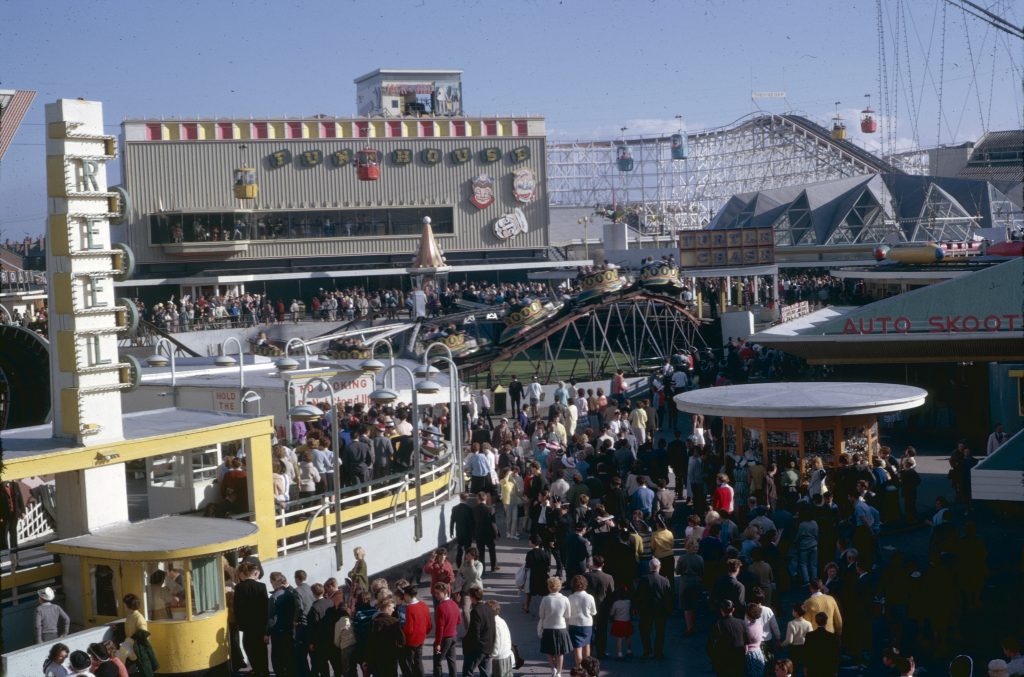 The 60’s saw a collection of much-heralded rides opening at the park. These included an enchanting trip through the Looking Glass on Alice in Wonderland; the Grand Prix; overhead Monorail; everpopular Tea Cup ride and the world’s longest Log Flume.

In 1988, the year the British bobsleigh team were competing in the Winter Olympics, a dazzling new ride, the Avalanche, opened and carried over one million passengers during the first year. It was the first, and as of 2020, remains the only, bobsleigh rollercoaster in the United Kingdom.

Geoffrey Thompson’s reign saw an investment of £12 million for the world’s tallest and fastest rollercoaster at the time – the Pepsi Max Big One – which opened in 1994. At 235ft tall, The Big One changed the skyline of Blackpool’s seafront. 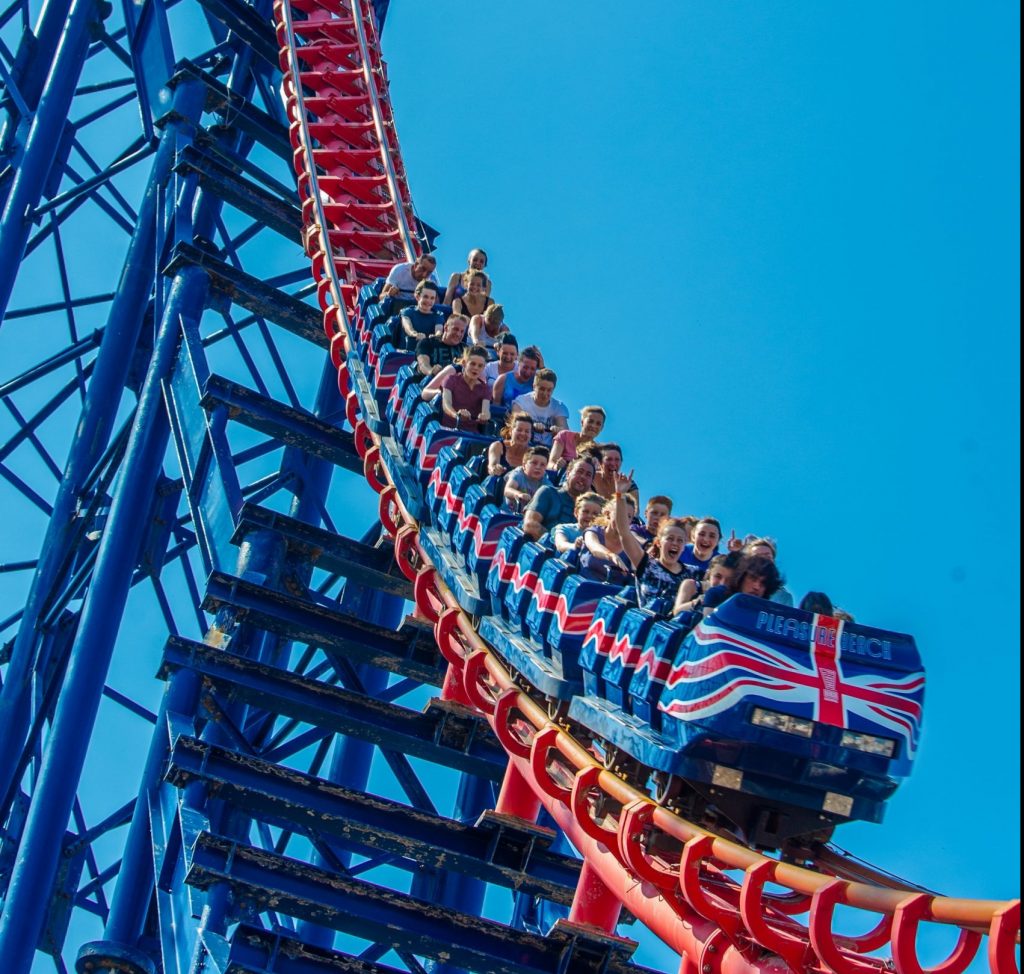 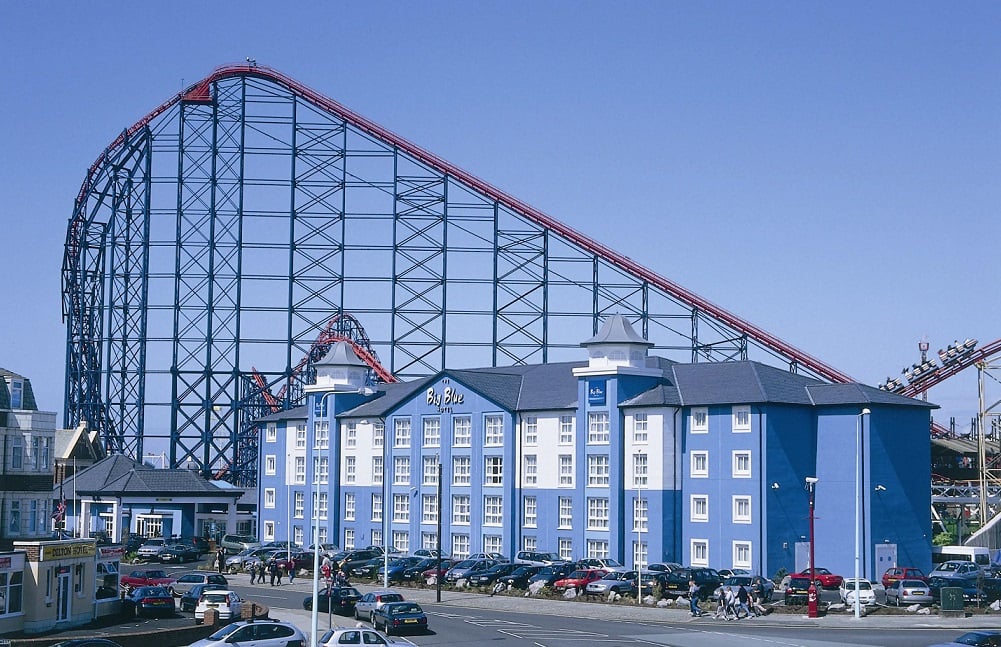 To help show all of you just a snippet of our long history we worked with Visit Blackpool to create this publication for the destination guide as part of our 125 Year celebrations. 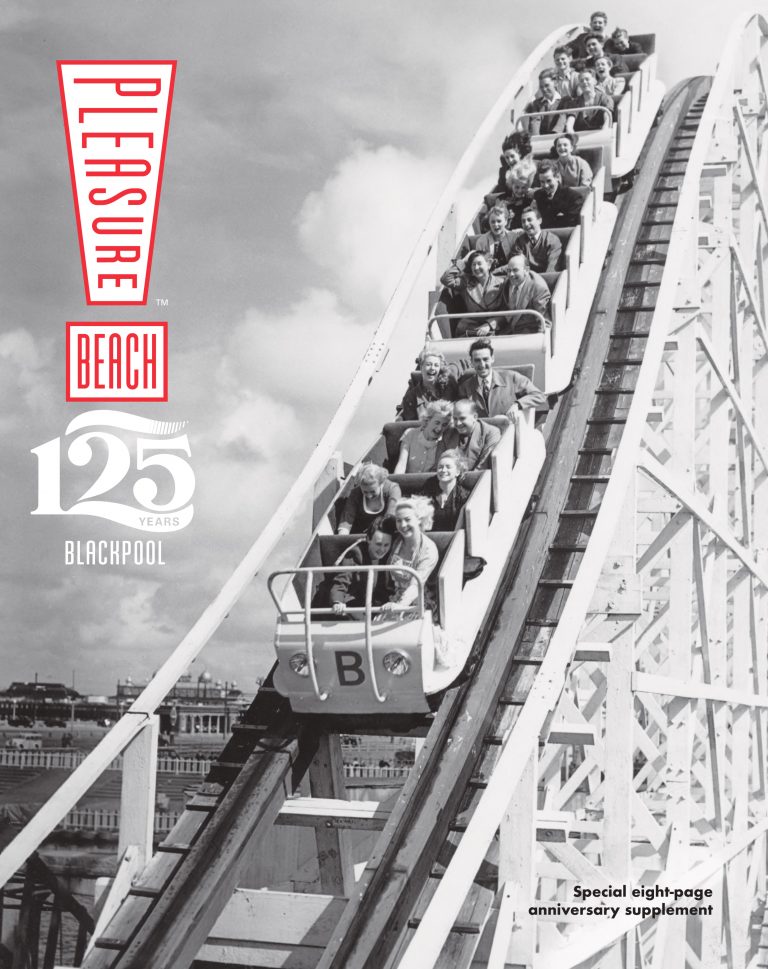 Click the image to see the full 8-page supplement.